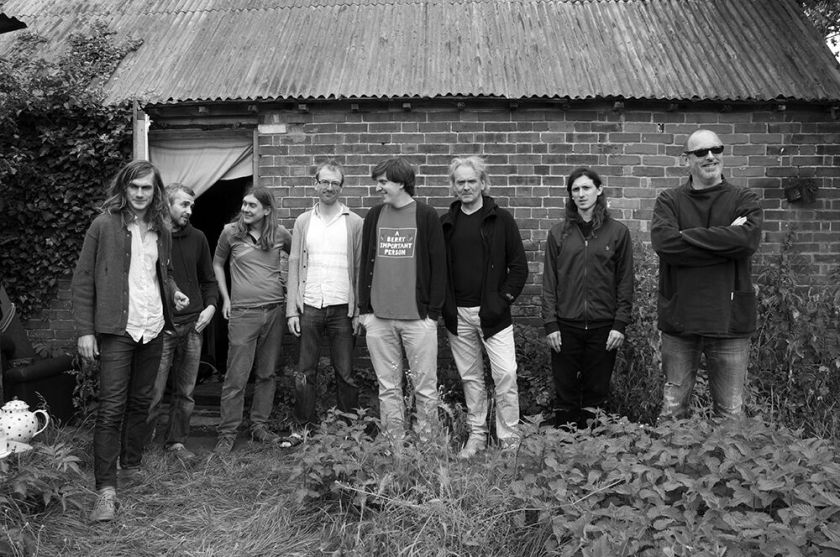 This unexpected release emanates from two different strands of current Canterbury music and also appears in an unexpected format – 21 minutes of spontaneous composition on vinyl. I’d heard of (and eventually heard) a version of ‘Facelift’ performed by this outfit doing the rounds, but confusingly credited (at least in part) to Syd Arthur. For all their wonderful repertoire, complex compositions, psychedelic credentials and a nod to the classic carefree feel of early Caravan I would not have associated Syd Arthur with the kind of extended workout afforded to either that track or what we have here.

‘Nobody’s Fault But My Own’ turns out to a release spliced together from several takes of the same piece performed by The Quartet (Jack Hues’ outfit with Sam Bailey and the rhythm section of Led Bib, who I saw the Canterbury Sound event in 2017); all of Syd Arthur minus Raven Bush; and saxophonist Paul Booth (from the last incarnation of In Cahoots). There are certainly common calling cards to the original ‘Facelift’ in as much as this is stretched out exploratory multi-instrumental work, but this is languid as much as it is dissonant, with Hues taking the clear lead on guitar. Being neither familiar with Beck nor his track covered I am taking what I hear pretty much as heard, and whilst clear themes shine through this is an accessible, occasionally bluesy free blow with multiple layers of instrumentation contributing towards a rich slightly dreamy atmosphere (although Bailey’s ‘Meddle’-style keyboards, gone slightly haywire briefly cut through the ambience)

Interestingly, as I sat down to write this brief review, news came through of a set of gigs by the expanded Quartet with a lineup of Mark Holub – Drums;  Liran Donin – Double Bass; Sam Bailey – Keys; Jack Hues – Guitar; Liam Magill – Guitar/Synth; Joel Magill – Electric Bass; Josh Magill – Drums Chris Williams – Sax to perform ‘Nobody’s Fault’, ‘Facelift’ and as Joel puts it ‘devling into some newly re-worked stuff’ (I’ll go with the typo!).

Nobody’s Fault But My Own is available at https://jackhuesthequartetftsydarthur.bandcamp.com/

One thought on “The Quartet ft. Syd Arthur – Nobody’s Fault But My Own (Dawn Chorus Recording Company”