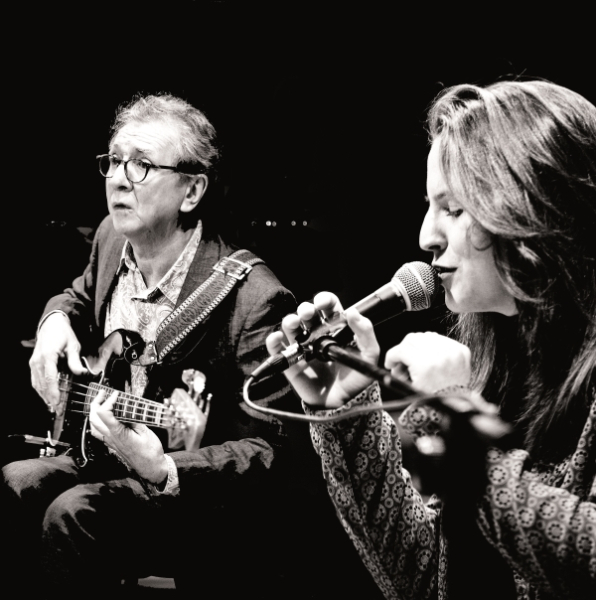 I suspect that for most people reading this blog, the words ‘Foley Bololey’ will be an instantly recognisable part of their own Canterbury lexicon in a similar way to  ‘Punkweed’ or the Octave Doctors. Robert Wyatt’s Learesque lyrics from which this snippet was taken, added greatly to the subterranean otherworldliness of his classic album ‘Rock Bottom’ and it is this album which is reprised in its entirety, alongside other instantly recognisable pieces from the Wyatt canon, for this 2019 release by the North Sea Radio Orchestra.

The NRSO turn out to be a collective of some vintage stretching back to 2002, based around the leadership of Craig Fortnam, propelled along by a small army of classical instrumentation which includes clarinet, bassoon, cello, violin, alongside more traditional rock armoury. This CD, their sixth, is actually credited to North Sea Radio Orchestra featuring John Greaves and (vocalist) Annie Barbazza, which reflects the fact that these two musicians are very much centrestage in the project. The album was recorded live in Italy in late 2018.

‘Folly Bololey’ is just the latest in a number of projects chronicling the work of Robert Wyatt (others include Soup Songs and Comicoperando), who, in involving musicians with a personal connection to Robert, both celebrate the output of a much admired musician and fill something of a vacuum, given that his last real sequence of live appearances were as far back as the mid-Seventies. The prominence of John Greaves on this recording is poignant, for it was he who played bass on the triumphant Henry Cow gigs in 1975, for which Robert Wyatt was a high profile guest.

Despite the large and varied cast, ‘Folly Bololey’ is largely faithful to the originals’ arrangements, with the greatest deviations being more the nature of the instrumentation used rather than any major reinterpretations. So for example Mike Oldfield’s soaring guitar on Little Red Robin Hood Hit the Road is partly replaced by soprano vocals; whilst the simple drum patterns which became a necessity following Robert’s accident are often reprised faithfully on full kit by Gong’s Cheb Nettles. Best moments for me are a very thrashy version of ‘Alifib’, which is cacophonous where the original was disturbing; and ‘A Last Straw’ on which the sub-aquatic feel of the original is perfectly captured by a lovely vibraphone solo from Tommaso Franguelli. And John Greaves’ bass is quite stunning throughout, whether it is fulsomely recreating Hugh Hopper’s lines on ‘Alifie’ or slightly subverting the riffs on ‘Little Red Riding Hood Hit the Road’ – well up in the mix thoughout the album, it rumbles along magnificently. 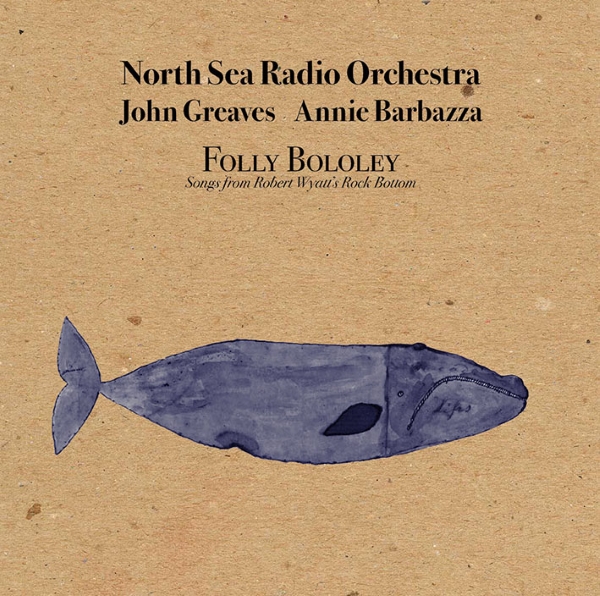 Which brings us to the vocals, largely covered by Barbazza and Greaves. ‘Rock Bottom’s’ charm was, as with all Wyatt albums, as much about the prominence of an iconic voice as his compositions, and, even given Barbazza’s acknowledged admiration for his work and Greaves’ personal connection, any attempt to recreate it must have been scary. Credit to Barbazza she neither attempts to mimic the inflections, or sanitise with either classical overtones or operatics – this is a straight performance of appealing clarity. The counterpoint is Greaves’ more idiosyncratic and instantly recognisable voice, but this is mainly confined to the Ivor Cutler monologues from the ‘Hit The Road’ tracks – in alternatively rasping and sepulchral delivery, both work well.

At the other end of the scale, both ‘O Caroline’ and ‘Sea Song’ were so effective in their simplicity first time around that any attempts to match them are perhaps futile – here, the former at least brings up to date the conversational lyrics courtesy of John Greaves whilst the latter doesn’t really start to tingle until vocals join bassoon and guitar for a lovely intertwining coda.

The album features 4 bonus tracks from beyond the original ‘Rock Bottom’ album, two of which, ‘Ship Building’ and ‘Maryan’ were both written for Robert in their original forms, alongside the aforementioned ‘O Caroline’ and ‘The British Road’, a very straight ahead rock version of one of the tracks from Robert’s superbly stripped down ‘Old Rottenhat’. Best is probably ‘Maryan’, that very Rock Bottomesque track from ‘Shleep’ with its abundance of warm acoustic sounds from violin, bassoon and vibes.

I very much sat down to listen to this album from the point of view of needing to be impressed. And in many places I was: you’ll find it difficult to purge from your consciousness the performances of the ‘Hit The Road’ tracks in particular and I would imagine witnessing a live performance would be even better – reports of the gig at Café Oto earlier this year were uniformly glowing.  If you don’t already have this CD, I suggest you purchase soon, as apparently the initial run of 1000 is almost sold out.