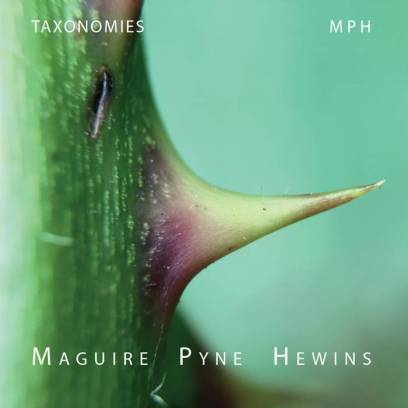 Wholly improvised music doesn’t hit my radar much these days – gone are the days when some of Elton Dean’s more obtuse workings arrived through the postbox with a reverberating clunk – and a slight nervousness on my part as to what they might contain musically. ‘Taxonomies’ is the opposite – an album I actively sought out as it was clear on hearing the first few bars on Bandcamp that this was an album not only worth pursuing, but likely to involve rewards for repeated listening.

Some context: this is a collaboration between three musicians, two with a clear Canterbury vintage. Guitarist Mark Hewins is something of a hero in these quarters: he pursued many of our mutual inspirations to Canterbury in the Seventies where he collaborated with the likes of Dave and Richard Sinclair and Graham Flight in the Polite Force, resurrected Soft Heap with John Greaves, Pip Pyle and Elton Dean in the Eighties, and collaborated with Hugh Hopper extensively in the Nineties. He also pioneered the Canterbury scene’s presence on the web with musart.co.uk, and remains particularly  active in convening various Canterbury ‘supergroups’ of sorts – a resurrected MASHU with Shyamal Maitra and Jack Monck this autumn in Gasny, plus a current collaboration with Lyn Dobson (from Soft Machine’s ‘Third’) and Eric Peachey (Khan). Pianist Alex Maguire was a long-time collaborator with both Pip Pyle and Phil Miller and architect of the remarkable memorial concerts which celebrated the musical legacy of the latter at the start of 2019. Martin Pyne is the multi-faceted percussionist player who completes this rather excellent trio. 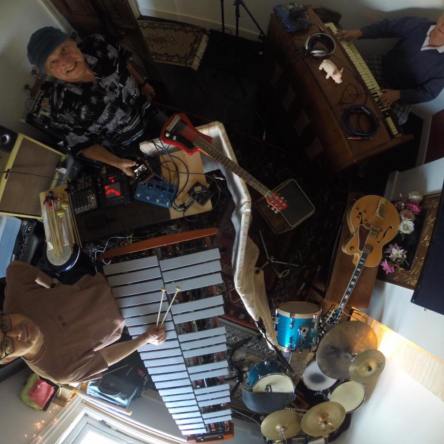 ‘Taxonomies’ is relatively sonically benign for the most part: with piano and vibraphone providing wonderfully organic sounds, often in tandem, whilst Hewins alternates between etched out guitar textures one will recall from his ‘Adreamor’ album with Hugh Hopper, and some subtle bluesy themes. Best of all are the opener ‘Tormentil’, where Maguire’s tinklings recall Sophia Domancich’s beautiful melodies on Pip Pyle’s ‘Up’ (common ground here as both were latter-day keyboard players with Hatfield and the North), set against some gently propelling hand drums from Pyne. Or ‘Finger Muscle’, a sleazy jazz growler with cascading piano and vibe brought back to base time and time again by Hewins’ guitar. The eerie building of atmosphere within ‘Meadowsweet’ and the beautiful chimes of ‘Eyebright’ set against the gentle pitter patter of percussion, are also fine moments.  Elsewhere the soundscapes are more questioning, particularly further into the album, where Maguire’s spooked out Hammond organ, particularly on ‘Purple Loosestrife’ conjures up visions of a somewhat nightmarish fairground ride.  Or ‘Rocket Larkspear’ where Maguire’s virtuosic navigation around his piano creates a Keith Tippett-like pummelling of the eardrums.  These later tracks are not an easy ride, but shouldn’t detract from some of the simple beauty of many of the earlier themes in the album. 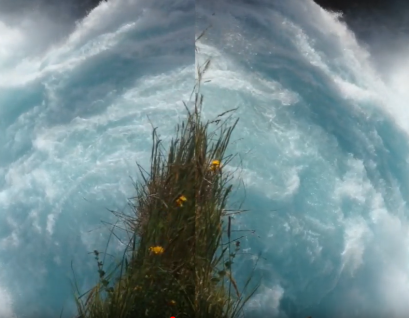 Just an explanation of the various exotic titles here: ‘Taxonomies’ was recorded live over two days, taking its inspiration from a variety of unusual fauna and flora, and is namechecked not only in its track listings but also captured in Mark Hewins’ stunning photography contained in the packaging surrounding this unusual release.

‘Taxonomies’ is one of many innovative releases on the excellent Discus Music label – to order please visit https://discusmusic.bandcamp.com/album/taxonomies-87cd